1967 and 1968 were years of chaos in China. The ‘Cultural Revolution’ resulted in mass purges of officials, riots and the disruption of industry and agriculture. The troubles inevitably affected Hong Kong. There were riots in the Colony and numerous incidents on the Sino-Hong Kong border, some involving exchanges of fire. The 1st Battalion was heavily involved in manning the Border and in supporting the Royal Hong Kong Police in other Internal Security tasks. The 2nd Battalion was flown to Hong Kong from Malaysia for an operational tour from February to June 1968.

In the 150th year of its existence the Regiment was informed that, due to drastic cuts to be made in the strength of the British Army and the Brigade of Gurkhas, the 1st and 2nd Battalions were to be amalgamated in 1969. Notwithstanding this news, the 150th Anniversary was marked by both Battalions, with the main celebrations taking place in the 2nd Battalion in Malaya as the 1st Battalion was fully employed on Internal Security duties in Hong Kong. From 1967 to 1970 the Regiment was required to send over half its strength on redundancy. That this remarkably difficult process was carried out without any major loss of morale was due entirely to the high standards maintained by all ranks of the Regiment.

At Gallipoli Lines in Hong Kong on 14 June 1969 the 1st and 2nd Battalions reunited to form the 6th Queen Elizabeth’s Own Gurkha Rifles. In May 1969, just a few days before the amalgamation, Maj Gen A G Patterson succeeded Maj Gen J A R Robertson as Colonel of the Regiment. General Patterson had commanded both Battalions of the Regiment, the 1st Battalion in Burma and the 2nd Battalion in Malaya. He had also been Major General Brigade of Gurkhas, GOC 17 Gurkha Division and Director of Army Training at the Ministry of Defence in London.

In October 1971 the Regiment moved to Seria in Brunei after a post-amalgamation period in Hong Kong during which it dominated most of the military and sporting competitions in the Colony. It was now the only British Army unit in Borneo and was soon busy retraining for jungle warfare.

In January 1974 the Regiment returned to Hong Kong, this time to Cassino Lines, to rejoin 48 Gurkha Infantry Brigade. Service in Hong Kong brought frequent tours of Frontier duty and a very full and varied training programme. In March 1974 Maj Gen A G Patterson handed over as Colonel of the Regiment to Brigadier D L Powell-Jones. Brig Powell-Jones had commanded the Battalion in Malaya.

In the Autumn of 1976 two members of the Regiment, Major Duncan Briggs and Corporal Rinchen Wangdi-Lepcha (a clerk) took part in a successful Army mountaineering expedition which climbed Annapurna South Peak; both reaching the summit of 23,680ft.

The Regiment moved to Church Crookham in the United Kingdom in April 1977 to join 6 Field Force. 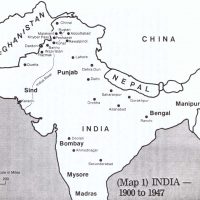 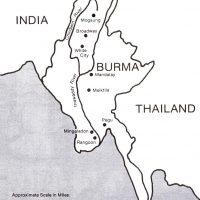 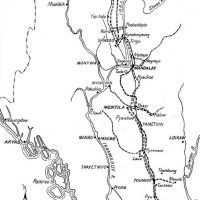 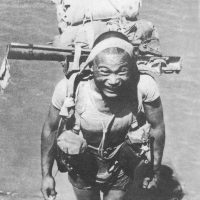 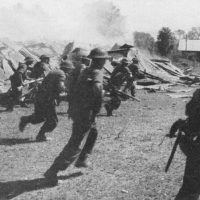 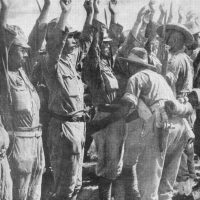