The First World War started in August 1914 and was fought between Germany, Austria and Turkey on one side and France, Russia, Italy, the United States of America and the British Empire and their allies on the other. By 1918 the British Empire had 10 million men under arms and had sustained over 1 million casualties. The Gurkha Brigade of the Indian Army produced 34 battalions, and additional help came from Nepal which deployed 10,000 troops of its own Army in the Sub-Continent of India, thereby releasing Indian Army troops for overseas service.

1st Battalion
The Battalion having mobilised, left Abbottabad in October 1914. It consisted of:

As part of 29 Indian Infantry Brigade the Battalion sailed from Karachi to Suez in November 1914. There was a shortage of water aboard the troop ship and the men could not understand why, there being water all around (none had seen the sea before). Subedar Gambirsing Pun stopped all waste of the drinking water by making 12 selected men each drink one pint of sea water. From November 1914 until April 1915 the Battalion was involved in building defences on the Suez Canal and in guard duties which resulted in skirmishes with the Turks.

At the specific request of General Sir Ian Hamilton, Gurkhas were included in the force to be used to capture the Gallipoli Peninsula. The operations in the Dardenelles were designed to relieved pressure on Russia by making the enemy divert troops to cope with the Allied attack, and also to open a supply route to Russia via the Black Sea. In April 1915 the Battalion sailed from Port Said and landed at Cape Helles in early May, six days after the invasion had begun.

In mid May, after a hard fight and the loss of 18 killed and 41 wounded, the Battalion advanced five hundred yards and captured a prominent feature which was renamed ‘Gurkha Bluff’ to commemorate the action. It was heavily involved in the trench warfare which developed. An enemy counter-attack on its trenches in July resulted in 5 killed and 19 wounded whilst some 800 Turkish bodies were left in front of the Battalion’s positions. A further attack three days later produced over 2,000 enemy dead. In mid July the Battalion was withdrawn to the Island of Imbros. The Commanding Officer, Colonel the Hon C G Bruce, who had been badly wounded, was temporarily replaced by Major C J L Allanson.

After just a month in reserve the Battalion returned to Gallipoli, this time landing at Anzac Cove. After bitter fighting in August 1915 it secured the crest of Sari Bair, a feature which dominated the entire Gallipoli Peninsula. This position was held for three nights and two and half days against massive Turkish counter-attacks. Major Allanson and all British Officers except the Medical Officer, Captain E S Phipson, having been wounded or killed, Subedar Major Gambirsing Pun and Capt Phipson commanded the Battalion. As no reinforcements could reach the position the Battalion was eventually ordered to withdraw. This was probably the most outstanding action fought in the Regiment’s history and is unique in that the Battalion was jointly commanded with Capt Phipson communicating with the higher HQ and the Subedar Major passing the orders onto the companies. 2 DSOs, 2 MCs, 2 IOMs and 1 IDSM were awarded to members of the Battalion. Capt Phipson was awarded the DSO and the Sudebar Major the MC.

Soon afterwards it was decided that the Allies should withdraw from Gallipoli and by Christmas Day 1915 the Battalion was back in Egypt. Its conduct and bearing had greatly enhanced the reputation of Gurkhas but the casualties it had suffered on the Peninsula had been very heavy. Its percentage losses in relation to its field service strength were 161% for British Officers, 77% for Gurkha Officers and 110% for GORs:

After a short time in Egypt the Battalion returned to India in February 1916. In February 1917 it was ordered to move to Mesopotamia where carried out duties on the lines of communication which stretched some 400 miles from Basra to Baghdad along the Tigris River. In April 1917 2Lt Merk died from injuries received when he was thrown from his horse. The Merk Prize for regimental signallers was instituted in his memory and was awarded to the signaller who obtained the highest marks in the annual signals classification test.

In August 1918, after a short period in the Kut area, the Battalion marched 590 miles to the Caspian Sea and spent the following year on various duties in Persia including the provision of support to the Persian Army. In November 1919, just one year after peace had been signed, it marched back into Abbottabad along a route lined by cheering members of the Garrison.

2nd Battalion
The Battalion was not despatched on overseas service during the early years of the First World War. It provided reinforcements drafts totalling 437 all ranks for the 1st Battalion and for 1/4GR. In August and September 1915 it took part in operations in Rustam on the North West Frontier. In March 1916 it moved to Mesopotamia where it joined 42 Brigade on the North Bank of the Euphrates River.

For some months the Battalion was based in Nasirah, from where companies were periodically detached to Safah. Four miles from Safah lies Ur of the Chaldees and it was here that a large and finely carved basalt slab was ‘acquired’. It shows the legs and feet of an Assyrian figure and is believed to have been the lintel of a door-post from the Temple of Diana. Attempts by the Battalion to purloin a sarcophagus from Ur were only thwarted by its unmanageable size and weight.

There were several skirmishes with the local Arabs. Eventually in April 1917 the Battalion moved to Baghdad where it was in reserve for six months. In September 1917 after a particularly hot summer, when temperatures exceeded 120 degrees Fahrenheit, it moved to Madhij, and on 27 and 28 September played played an important part in the capture of Ramadi. Eleven gallantry awards were won by men of the Battalion as a result of this battle whilst 3 men were killed and 82 wounded. The 2nd Battalion’s long association with the 14th/20th King’s Hussars began at Ramadi when the capture of a bridge by the Battalion allowed the cavalry, including the 14th Hussars, to deploy and deal with the enemy.

The winter of 1917-1918 was uneventfully spent training and improving the camp at Madhij until in February 1918 the Battalion took over garrison duties at Ramadi. From there it took part in a reconnaissance of the Turkish positions at Hit which were subsequently attacked, which resulted in the capture of 5,000 Turkish prisoners.

In September 1918 the Battalion embarked at Basra and after a twenty-five day sea voyage arrived at Salonika. October and November were spent refitting and carrying out field training. The Armistice was declared in November 1918 and the Battalion moved via the Black Sea to Kars and Tiflis.

It was at this time that the Battalion engineered a relatively bloodless coup d’etat to overthrow the self-appointed ‘Government of South West Caucasia’. This government, which was not recognised by the British, had come into being as a result of the power vacuum left by the disappearance of the Russian and Turkish forces from the area. The government was becoming more and more truculent and was considered a threat to the weak British forces in the area. The Battalion surrounded the Parliament buildings in Kars and the Commanding Officer, Lt Col G A Preston, entered and said “I declare martial law”. His words were given added force by an accidental discharge from a rifleman in the cordon. Members of the Government promptly surrendered and the Commanding Officer promptly became Military Governor. All Kars was soon in the hands of the hands of the Battalion and a house-to-house search was carried out. Among other items this produced two small Russian brass mortars and three very fine Russian brass bells. Today the brass mortars are with the Royal Gurkha Rifles and the bells with the Gurkha Museum in Winchester. Tours of duty in Tiflis and Kars followed during which the Battalion had to meet heavy guard commitments which at one time ran to 300 men per day out of 550 fit for duty.

In May 1919 the Battalion moved to Samsun on the south coast of the Black Sea. In October it moved to Constantinople and embarked for India in November, arriving in Abbottabad in late November 1919. Thus ended the Battalion’s activities in the First World War.

Seven months later the Battalion deployed to the North West Frontier. In May 1919 the Third Afghan War broke out and it moved from Bannu to Dardoni, a strong defensive position which was being constructed in preparation for an expected attack. In fact this never materialised as the tribesmen turned their attentions elsewhere. From June to November 1919 the Battalion was fully employed with patrols, road protection duties and small expeditionary skirmishes.

After a three month tour of duty in Peshawar the Battalion moved to Abbottabad in March 1920 as Demonstration Battalion for the Mountain Warfare School. It was disbanded in February 1921. A silver cup was presented to the 1st and 2nd Battalions as a memorial of the 3rd Battalion. 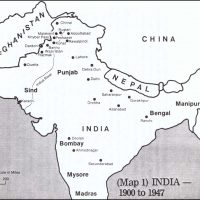 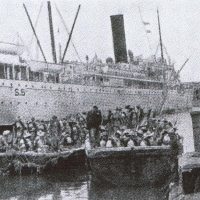 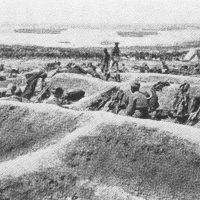 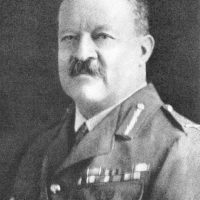 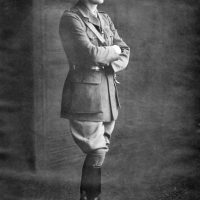 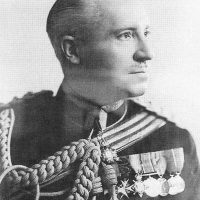 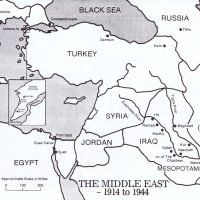 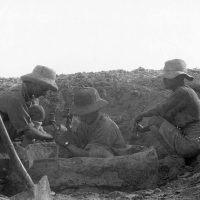 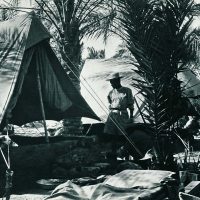 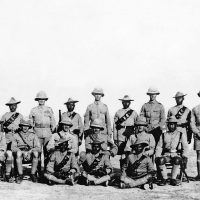 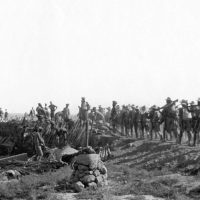 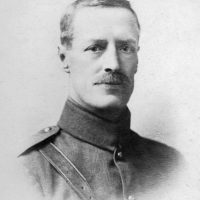 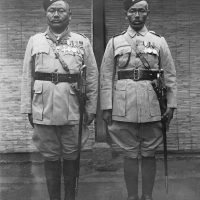