The Association was formed by officers who had left the Regiment on its transfer from the Indian Army to the British Army in 1948.

The first Committee meeting was in 1949 and from then the record of Committee members is one of unstinting and generous service. It would be invidious to list too many names. Suffice to say that the roll of Chairmen from the first, Bunny Strahan, to the present day, reads like a list of the most distinguished of the Regiment.

However, special mention must be made of Geoffrey Bruce and Gil Hickey who each served more than ten years in the chair. Another special mention from the roll of Honorary Secretaries must be made of Ronald Gibbs, known to all as ‘Gibbos’, for so many years a source and mentor of Regimental history and lore. Also, the contributions of many wartime officers who followed in the footsteps of Roy Pavey and Don Florey merit special acknowledgement. In more recent years, Tich Harvey’s commitment will not be forgotten. He was Secretary for 10 years, Chairman for five and the Regimental Trustee for the Gurkha Museum for 30 years.

The objects of the Association were clearly stated at its inauguration. They were to:

Since the demise of the Regiment in 1994, the emphasis has of course largely moved to the first of these objectives which the Association has achieved supremely well. Today the Association maintains contact with the Royal Gurkha Rifles Association. One measure of the Association’s success is its membership: 134 ‘subscribers’ in 1949 and more than 250 members by 2004. In 1998, membership was widened to include Associate Members and in 2010 Full Membership was opened to all ranks who have served in the Regiment.

The activities undertaken by the Association show a record of which it can be truly proud. They include:

The Association has organised and hosted many notable reunions. Among others, in 1984 it was honoured at its Reunion Luncheon at the Grocers’ Hall by the presence of Her Majesty Queen Elizabeth The Queen Mother. In 1989, it entertained the Regiment itself at Church Crookham on the occasion of its departure from the United Kingdom. In 1992, in conjunction with the Regiment it was host to Her Majesty the Queen and His Majesty the Sultan of Brunei at the Tower of London for the 175th Anniversary Celebration of the Regiment. In 1998, the 50th Anniversary of the formation of the Association was marked by a celebratory reunion held at St James’s Palace which was honoured by the presence of Her Majesty The Queen and His Royal Highness The Duke of Edinburgh.

Together with the Regimental Trust, the Association has raised funds to enable our the Nepal Branch to organise memorable Durbars (large gatherings) in Pokhara, Nepal in 2005 and in 2013. Association members came from all over the world to meet old friends from the hills of Nepal and elsewhere. In 2005, the Durbar was attended by Honorary Lieutenant Tulbahadur Pun VC. In 2013, special recognition was given to 72 of our veterans over the age of 80.

In 2017, the Association had probably its busiest ever year as it celebrated the 200th Anniversary of the raising of the Regiment. Over 2,800 former 6th Gurkhas, their families and guests attended the two Anniversary Durbars held in Pokhara, Nepal and at Kempton Park racecourse in the UK. Those who had served with the Regiment and their widows were presented with a 200th commemorative badge and all received a 200th commemorative 6GR historical brochure. On 16th May, the actual day of our 200th birthday, the Gurkha Everest Expedition carried the 6th Gurkha Regimental Flag to the summit. At our Annual Reunion in June, Mrs Helen Hickey, widow of Brigadier Gil Hickey OBE MC, Chairman of the Association 1984-1997, cut the Regimental 200th birthday cake. On 29th September, a joint lecture and lunch was held at The Gurkha Museum with the King’s Royal Hussars Association (successors to the 14th/20th King’s Hussars) and the Royal Gurkha Rifles (our successors) to celebrate the 100th Anniversary of the Battle of Ramadi, the first occasion the two regiments fought at the same battle. At this, as a permanent record of our 200th Anniversary, the President of the Association, Brigadier John Anderson OBE, presented The Gurkha Museum with a silver statuette of Bill Slim, the Regiment’s most distinguished officer. Our Chairman, Lieutenant Colonel Brian O’Bree, then presented the 6GR flag taken to the summit of Everest to the Museum. 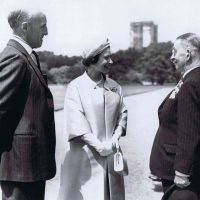 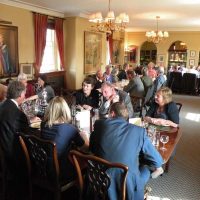 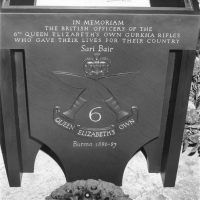 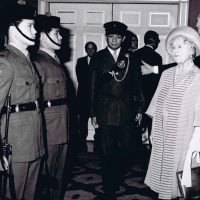 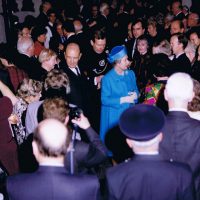 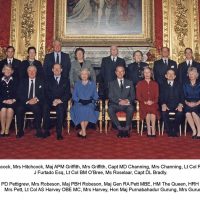 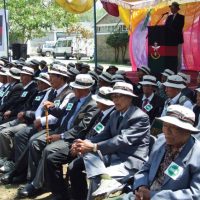 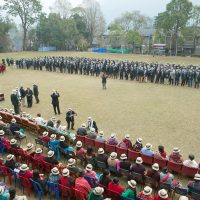 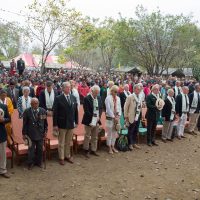 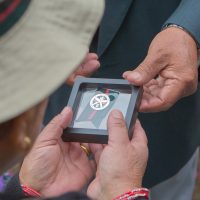 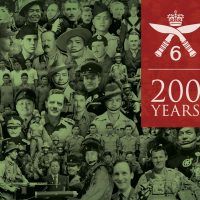 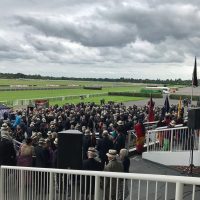 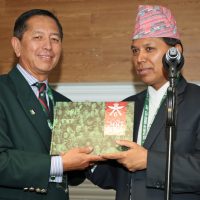 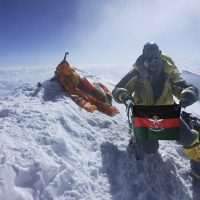 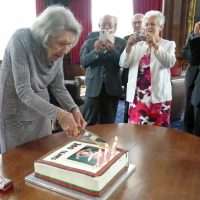 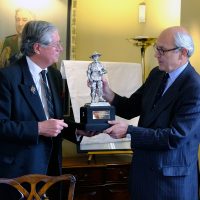 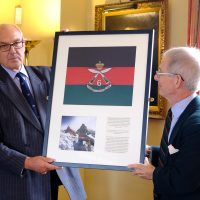