Over ten years ago Robert Atkins MC (8 GR 1944-1948 and 1/6 GR 1950-1958) decided to record memories of his time with the Gurkhas for his grandchildren. Fortunately he completed this just before suffering a stroke which left him with speech and writing difficulties.

A local friend had the opportunity to read Robert’s manuscript and, knowing Lt General Sir Peter Duffell who lived in a nearby Kent village and that he was an ex-Gurkha, showed him the manuscript. Recognising it’s historical value General Peter contacted our President, John Anderson. The Association had an input and the Gurkha Museum added further photos. General Peter agreed to write the Foreward. From the Association, Brigadier Christopher Bullock kindly agreed to write historical commentaries on both India at the time of Partition and on the Malayan Emergency.

Almost a year on, Robert’s ‘The Gurkha Diaries’ have been now published by Pen and Sword. Henry Wilson, a former soldier and friend of General Peter, was the commissioning editor for General Peter’s book, ‘Gurkha Odyssey’, and was enthusiastic to do the same for ‘The Gurkha Diaries’. The result is super; a must read for all who have an understanding of or interest in life in Malaya during the Emergency and of ‘jungle bashing’. Few if any who fought against the CTs in the Malayan conflict will have had as many contacts and successes as Robert, one resulting in the well deserved award of an MC.

During the evening of 20th October, some 80 or so gathered in a small art gallery in Belgravia, London for the launch of the book. The majority were friends and extended family who had come to support Robert and Anabel. 6GRRA were represented by Brigadier John Anderson, Mani and Sudha Rai and myself. Also present were four ex-Brigade soldiers now serving in the Military Provost Guard Service, one of whom was ex-6 GR and RGR.

The occasion was beautifully organised by Vicky Greenley, Robert and Anabel’s younger daughter. Robert now 94 had a long operation to remove a tumour in his neck before Christmas last year. And less than two months before the Launch Anabel had a very serious fall; despite the discomfort she was determined to be there. An inspirational couple!

The plan is to promote the book at our Reunion in Winchester on 20 November. 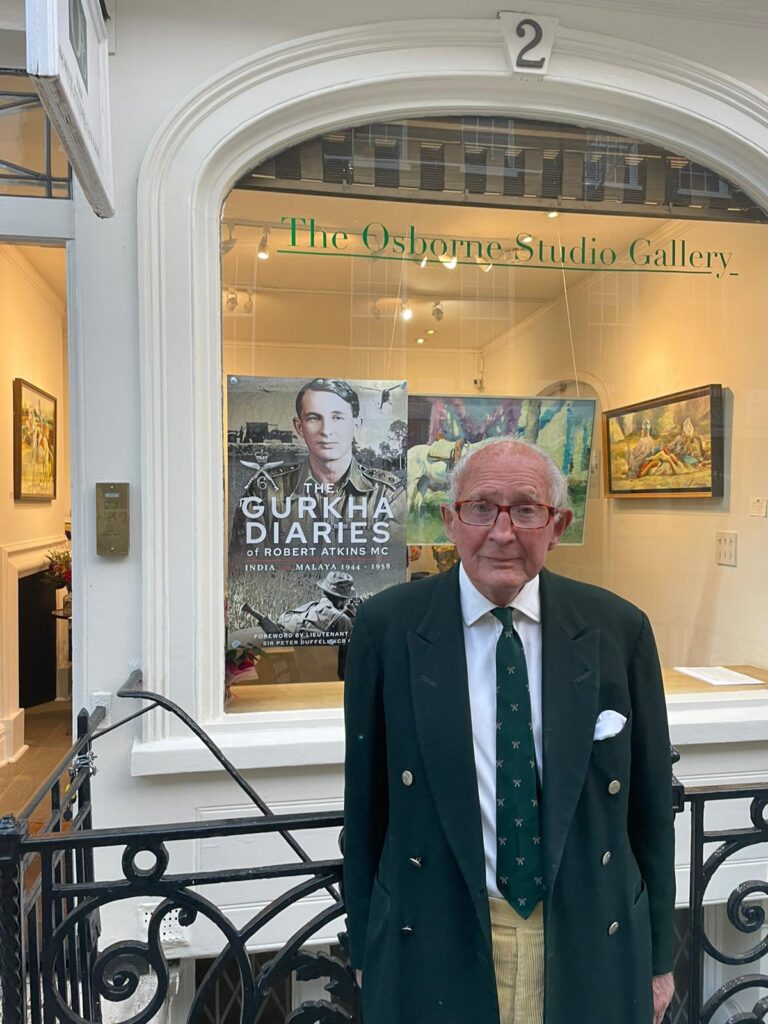 Robert in front of the Gallery before kick-off 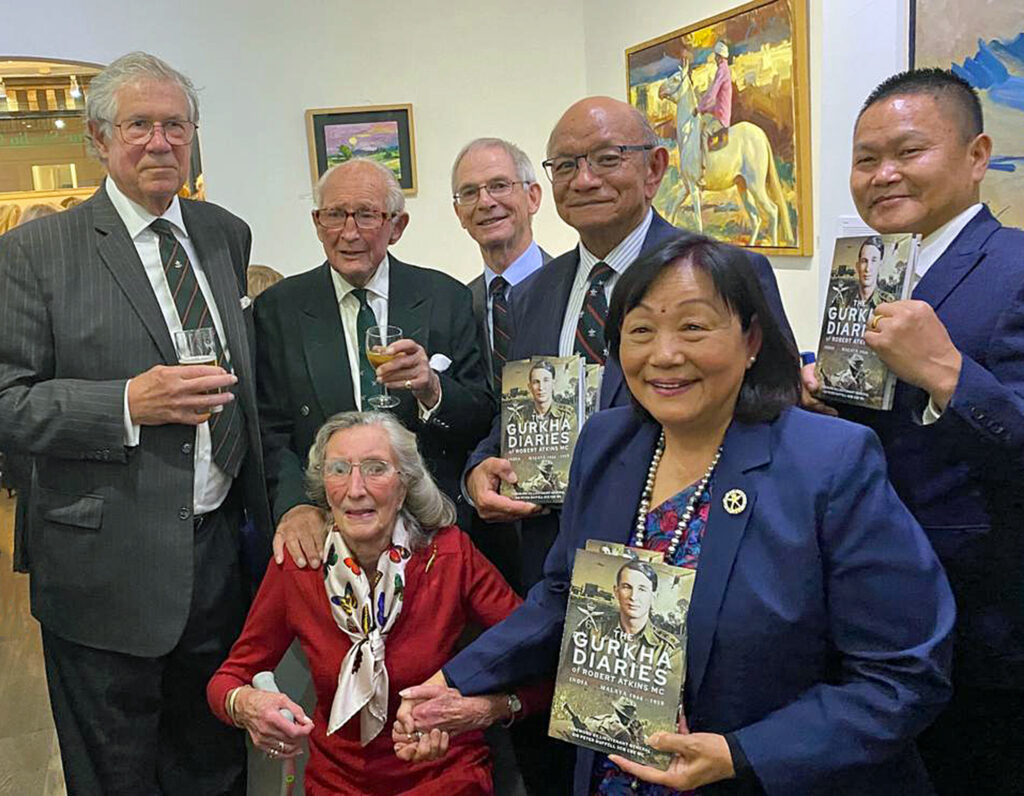 The 6 GR group with Robert and Anabel 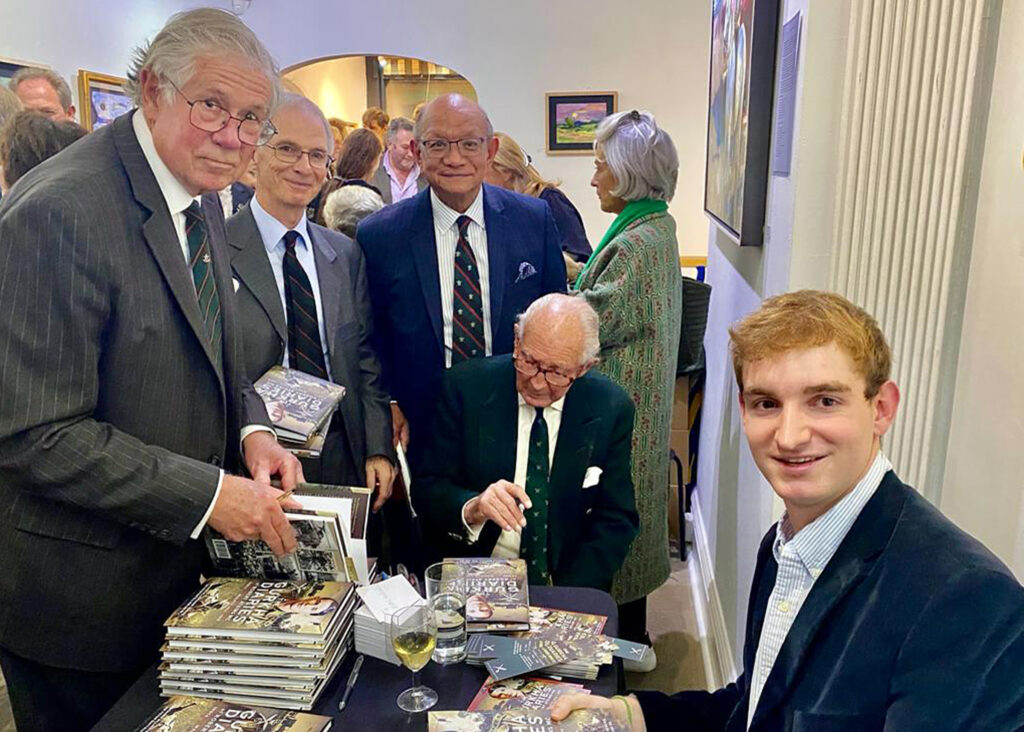