Earlier this year, I was privileged to join a small party of retired officers from the 6 GRRA on a visit to Italy to commemorate the 77th Anniversary of the battle of Medicina which took place on 16 April 1945. We were joined by OC Mortar Platoon and five serving Gurkhas from Support (Medicina) Company and were warmly welcomed by the Mayor and townspeople of Medicina.

It occurred to me at the time that Medicina Company should have a flag of Medicina to mark the occasion and I had hoped to find one whilst we were there. Unfortunately that did not happen and so on my return to England, I decided to commission a flag from Flagmakers, the makers of all the flags used at the recent Commonwealth Games in Birmingham.

On the 30 August, I took the flag to Camberley on a visit, kindly arranged by Maj Bruce McKay, RGR Regimental Secretary and presented it to Maj Daniel O’Connor, Chief of Staff. The flag will now be sent to 1 RGR in Brunei. 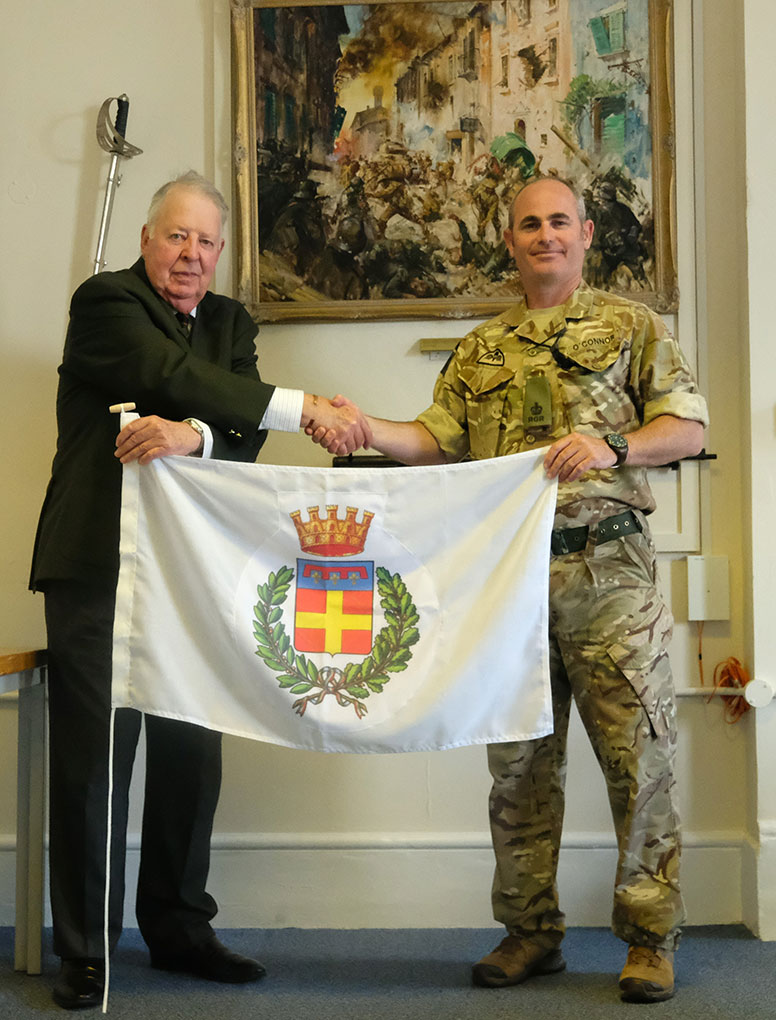