On October 3rd, my wife Ria and I were privileged to represent the Association at the unveiling and dedication of a Memorial to all those who served in the 14th/20th Kings Hussars, our affiliated regiment. The ceremony took place at the National Memorial Arboretum in Staffordshire and we were blessed with good weather.

The genesis of the Memorial was an amazing story of dedication and determination, essentially driven by Darren Walker and his wife Rachel.  Darren had been a Bandsman in the 14/20KH  Band and as such was also a medic. He had been in support of, then Major, Richard Shirreff’s B Squadron in the Iraq War, a squadron which also included Ian Thomas as 2 IC. The Walkers felt strongly that there should be a specific Memorial to the Regiment which had been formed in 1922 but had merged with the Royal Hussars in 1992 to form the Kings Royal Hussars. The Walkers raised the funds for the Memorial, gained permission for it to be included with the other Cavalry memorials, did the design and commissioned both the stone mason and the metal sculpture. After a huge effort and despite Covid, the memorial was finally ready in 2022, appropriately, 100 years after the formation of the Regiment.

As can be seen from the photographs, the Memorial includes the all-important Prussian Eagle, the cap badge of the Regiment; the badge that during my service, we as 6th Gurkhas wore on our right sleeve. This is a beautiful piece of art produced by sculptor Alan Williams, but made almost entirely from items recovered from scrap bins in the Kings Royal Hussars tank park. As such, it is particularly special to the soldiers and officers of the Regiment who spent so much time and depended so much on their tanks and other equipment.

The service itself was delightfully low key, but very moving, with Chaplain Clive Baggallay, a former soldier in 14/20KH, leading the Dedication and prayers and Peter Garbutt reading a thought provoking poem by Darren Walker as well as the Regimental collect. General Sir Adrian Bradshaw did the unveiling of the Memorial and led the Act of Remembrance. A buffet lunch followed the service and included a toast to absent friends led by General Sir Richard Shirreff.

As well as the importance and significance of the Memorial Dedication, one thing that I found most moving was the strength of the bonds that still exist between our two regiments. You will see the crossed khukuris of the 43rd Gurkha Lorried Infantry Brigade shown prominently on the memorial, but more importantly for me was the large number of former soldiers and wives who wore a crossed khukuri or a 6 GR badge; very special! 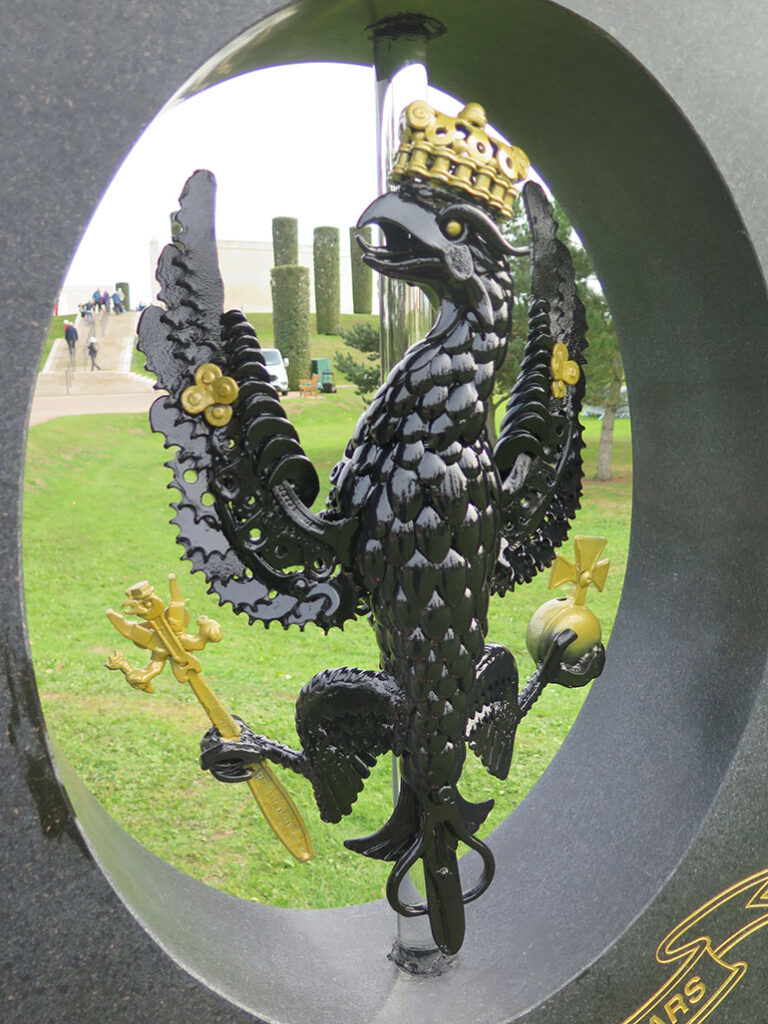 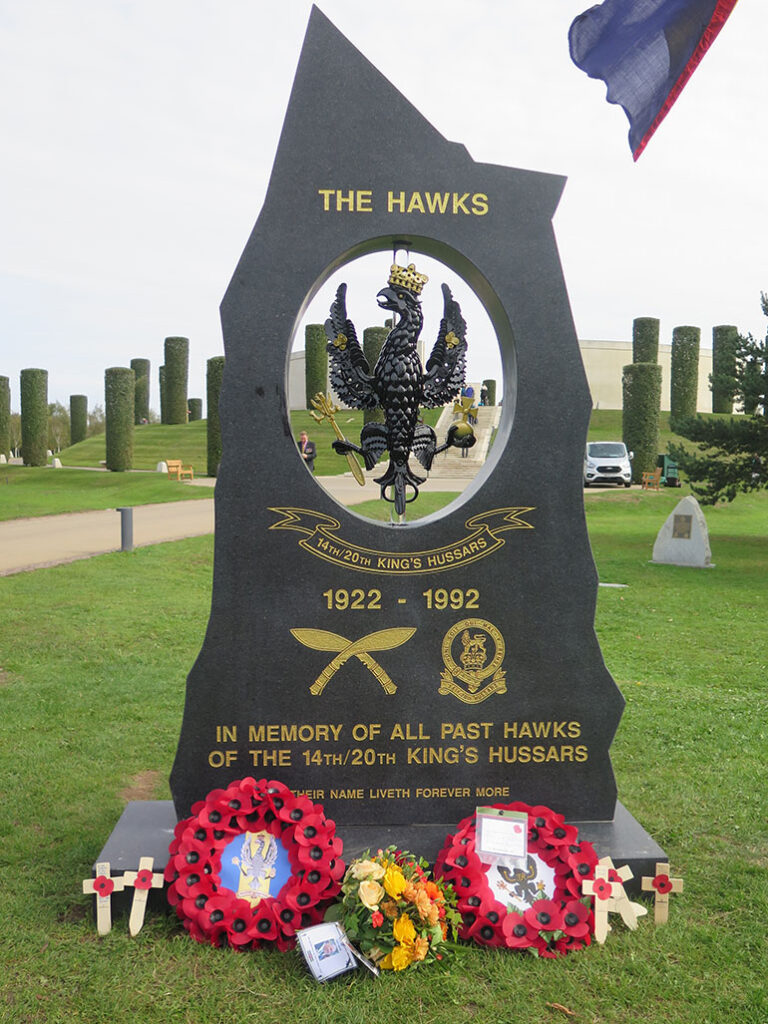 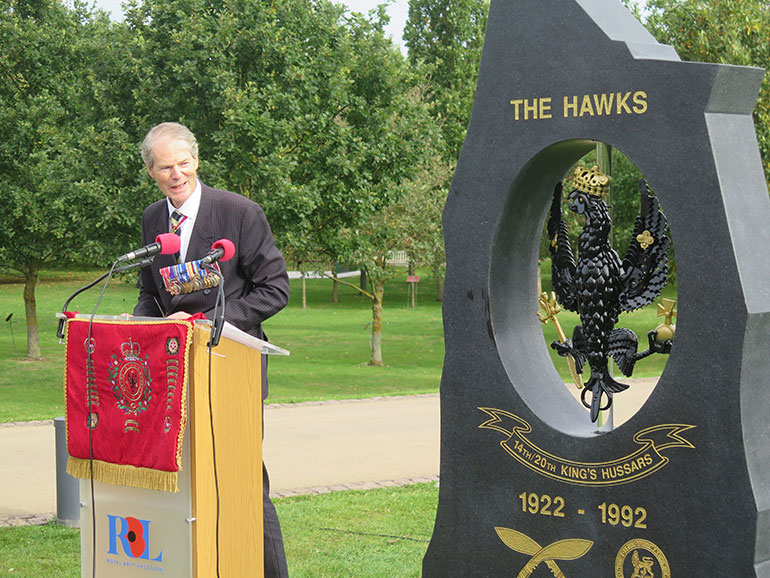 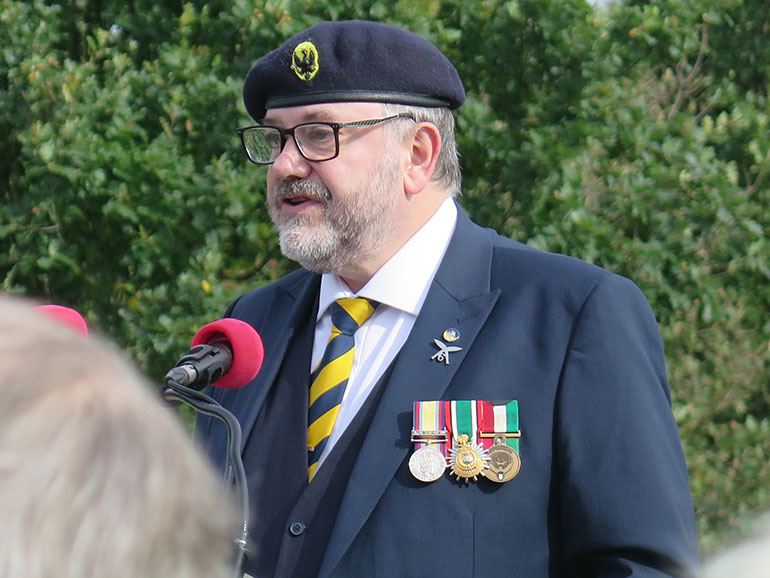