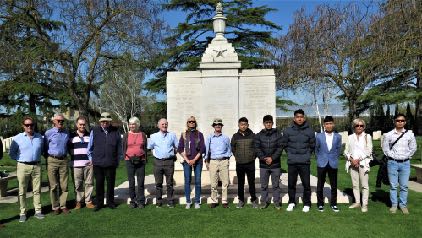 The Tour party at the Rimini Gurkha Cemetery 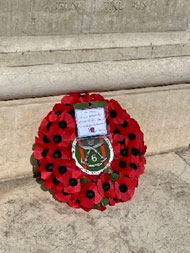 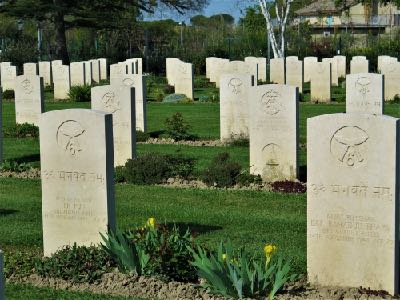 Our tour started at the Rimini Gurkha War Cemetery. Here, Duncan, as Chairman of the Association, laid a wreath before we continued up into the hills to visit the battlefields of Santarcangelo, Montecodruzzo and Monte Chicco, where  we were greeted by the farmer who remembered the Gurkhas from 1944. Being there made us realise what the soldiers of the 8th Army had to deal with as they advanced across rugged country in very wet weather. 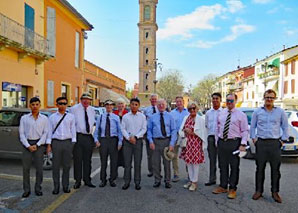 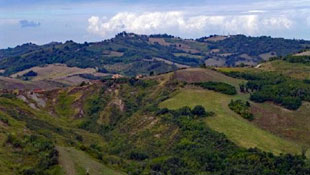 The view to Montecodruzzo from the south 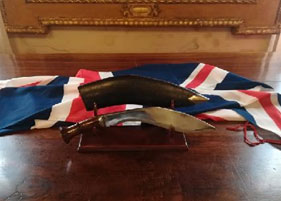 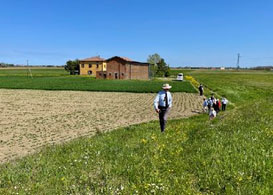 On 16 April, the date of the battle, we drove into Medicina and, after walking the scene of the action, we went to the Town Hall for a ceremony when the kukri of the late Major Harry Watson MC was presented to the Mayor of Medicina. Harry Watson had commanded D Company at Medicina and Gaiana, where he was wounded and won his MC. In the afternoon we left Medicina to go to the Gaiana canal, the next objective for 2nd 6th on 17 April 1945. This is little more than a deep ditch with a stream at the bottom, but on either side the Italians had built flood banks. With enemy well dug in and supported by positions on the far bank, the Gaiana Canal feature was a very formidable obstacle indeed. 2nd 6th and 14th 20th did their best. The Gurkhas attacked the German positions. Some managed to cross the canal and occupy a building on the far side, but it soon became clear that the situation was untenable and the battalion was withdrawn having lost 33 men. The following day after an aerial bombardment and substantial artillery barrage, 2nd 10th GR and 2nd 8th GR successfully took the canal This battle over 2 days for the Gaiana turned out to be the last major action in Italy before the German surrender on 25 April. 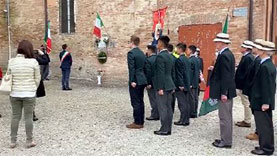 Remembering the fallen in Medicina 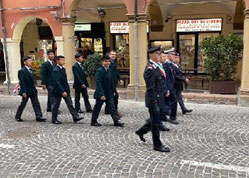 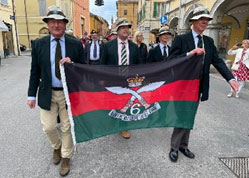 The boys of the old brigade! 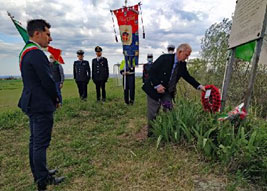 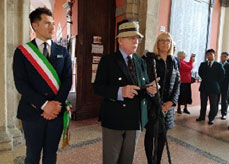 Back in Medicina again, we smartened up to take part in the Liberation procession. The serving Gurkhas were in the position of honour, directly behind the mayor and very smart they looked. The
Association members followed behind the 6GR flag, On return to the Town Hall, the Mayor and Duncan Briggs both laid wreaths and made speeches; Medicina has managed to keep its events at a very human level, children running beside the procession, people coming out of bars to smile and wave. And the warmth of feeling towards 6GR was palpable. They really like us and want us to be there with them.

We benefited from a number of things; beautiful weather throughout, immaculate organisation by Duncan, Brian and Ciska and the charm and friendliness of all the Italians we had dealings with. Add to this some excellent meals and delicious wine, seeing old friends and making new ones. I think that all those who took part would agree that Italy 2022 was a great success.

Montecodruzzo Osteria – the table with a view 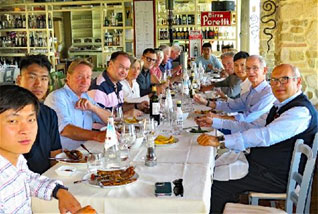 A good lunch had by all 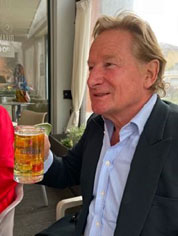 All this walking builds up a thirst 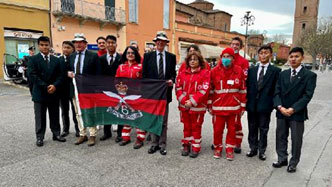 With the local Red Cross