Most members will know of Lt Col Freddie Shaw who commanded 3/6th during the second Chindit campaign in Burma in 1944 during which two VCs were won at the battle of Mogaung. The famous photo below shows Freddie half hidden beyond on the left Brigadier ‘Mad’ Mike Calvert and on the right Major Jimmy Lumley the Battalion 2IC (Joanna Lumley’s father). 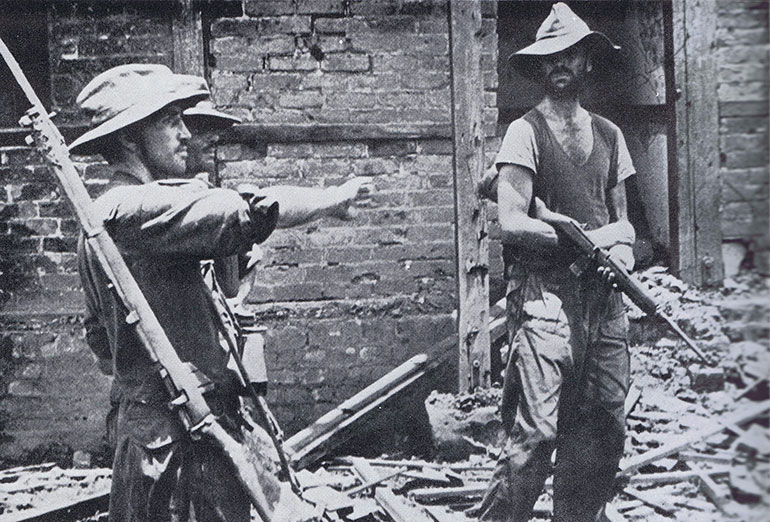 If Freddie had been alive today he would have been hugely proud of his grandson James, the eldest son of Freddie’s third son Glenn. Lt Col James Shaw Grenadier Guards was responsible for all military ceremonial for the Trooping of the Colour on 2nd June.