The AGM took place at Pokhara, Nepal, on Saturday 21 March 2020. Coronavirus restrictions meant it was limited to 25 attendees but the business of the meeting was succesfully conducted.

The Annual General Meeting (AGM) took place at Hotel Gurkha Haven, Dam Side, Pokhara on Saturday 21 March 2020 but unlike previous AGMs, it was a mini – gathering with just 22 members attending including 3 UK members who were here visiting  their friends and relatives. Sadly this very low attendance, the lowest ever since the formation of 6 GR Regimental Association Nepal some 23 years ago, was due to severe restriction, of maximum of 25 people at any gathering, placed by the Nepali authorities to prevent possible spread of deadly Covid 19 virus in Nepal. 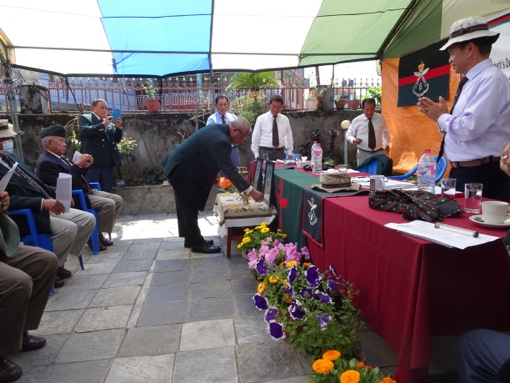 Even with very low attendance anticipated and exclusion of some elderly members, we were compelled to go ahead due to legal requirements governing the functioning of ‘associations’ in Nepal. Many of our ‘old and bold’ living in the vicinity, who were eager to attend and would have very much graced the function, had to be politely asked not to come due to the nature of Corona virus that reportedly tend to affect the elderly more than the ‘not so elderly’. This meeting also marked the 23rd anniversary of the formation of the 6 GR Regt Association of Nepal.

A month earlier, committee members and Area Representatives from Kathmandu, Chitwan and Butwal had met at this very venue to plan the AGM and a simultaneous ‘6 GR Reunions’ at all three locations a week later. Attendance at AGM, at that time, was anticipated at 200 members with most coming from nearby districts of Baglung, Parbat, Gorkha, Lamjung and Tanahun. And to cater for this number, we planned on hiring a local ‘Party Palace’. The Area Reps had been busy informing members in their respective areas, finding suitable venues and making necessary arrangements for a successful gathering. The Chairman had already nominated committee members to attend these ‘Reunions’ to show our solidarity and the central committee’s presence there. But as the crisis loomed and restrictions became known, we hurriedly altered our plans and relocated the AGM to Gurkha Haven and postponed the ‘Reunions’ until such time the situation is back to normal and restrictions no longer extant. 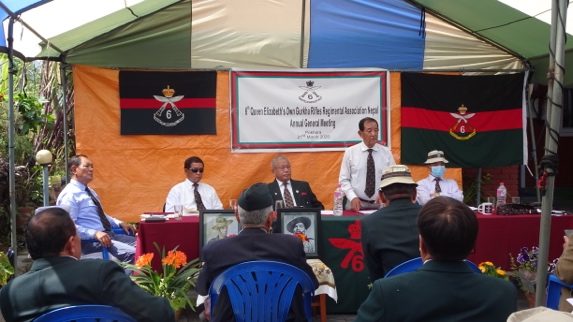 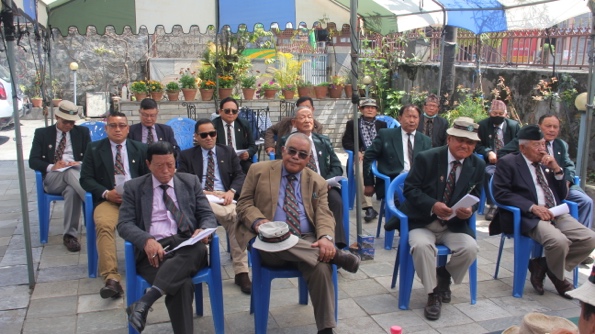 Prior to the commencement of the AGM, all committee members gathered at ‘Gurkha Memorial Museum’ at 0900 hours to review the site for future placement of the ‘6 GR Memorial’. Many pros and cons of the allocated site was discussed and final decision will be forwarded by the coordinator, Major Gopal Gurung MBE, for consideration by the UK team.

Although 6 GR AGM 2020 was the one with the least number of members attending and no ladies at all, it was a very enjoyable and a wonderful of gathering of old friends of all ranks. Over a few beer and delicious curry lunch, we relived our happy days and much cherished memories as members of 6th Queen Elizabeth’s Own Gurkha Rifles. Everyone taking the time to reflect on the good old bygone days and reinforcing the bonds and camaraderie that will forever bind us together as 6 GR family. 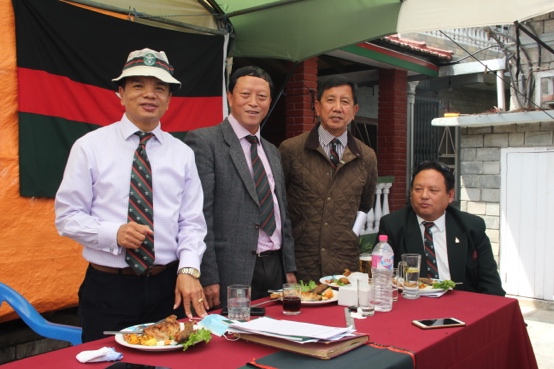 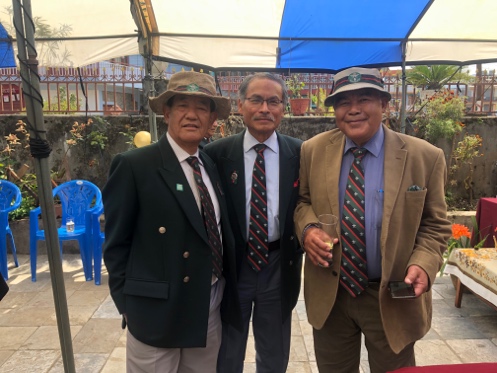 Finally, the Chairman and all members of the central committee thank Major Gyanbahadur Gurung Sahib for so graciously and continuously allowing 6 GR Regimental Association, Nepal, to use the premises and facilities at Hotel Gurkha Haven gratis for all functions undertaken and as our de facto permanent base in Nepal. Thank you very much Gyanbahadur Sahib!! 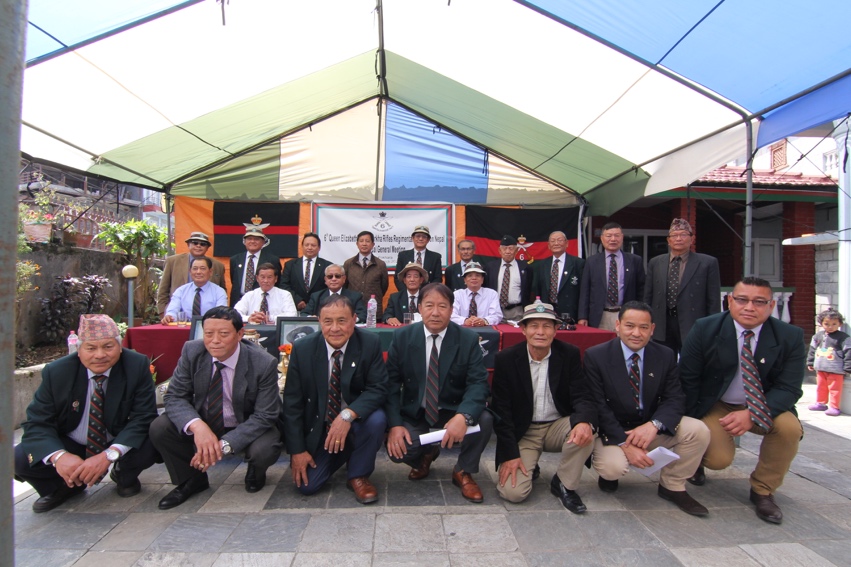